Khasab is the capital of the Musandam Peninsula, an exclave of Oman at the very northern end of the Arabian Peninsula. With its airport, shops and hotels, the city is something like Musandam's tourist centre.

Khasab translates roughly as "the most remote producer", which goes back to Khasab's remote location as a supplier of dates. Date groves are still omnipresent in Khasab today and give the city a pleasant green note in the otherwise barren mountain world.

Bordered on three sides by high mountains, Khasab lies on a wide, sheltered bay on the Musandam peninsula. The old quarter of Khasab lies directly on the sea; from 1980 onwards, the modern Khasab was built with an airport, administrative buildings, schools, hotels, car rental agencies, shopping centres and a hospital. For visitors, the most interesting places to see are in old Khasab.

The fort of Alkmazrh is located in the interior of the city and still seems to be tribally owned. The fort is still maintained by the youthful members. Right next to it, the slender blue and white minaret of the mosque of Khasab rises into the sky and, together with the walls of the fort, offers a picturesque sight.

To the north of the old city of Khasab lies the city's fortress. Its exact date of construction is unknown, but historical documents indicate that it was manned by Portuguese soldiers who were in power on Musandam from 1515 to 1622. The present fort was built by the Omanis on the ruins of that old Portuguese fort.

The rectangular fortress is equipped with three angular residential towers and a cannon tower. From the latter, the end of Ramadan was still announced with a cannon shot until the late 20th century.

The round tower, which unusually juts out of the middle of the fortress, is remarkable. This houses a museum with various crafts and archaeological collections. Among them is an interesting model of the "Bait Al Qafl", "house with a lock", an ingenious method of theft-proof storage of supplies, and the various styles of Musandam's boats. The residential towers are traditionally furnished and have also been open for viewing since 2002.

Corniche of Khasab - transshipment point for goods of all kinds

Khasab's harbour road connects Khasab Castle with the Irani Souq and exudes a very special flair that one is not used to in other Arab coastal cities.

Instead of traditional dhows, modern fibreglass boats zoom through the harbour waters, instead of fishermen you find Iranian businessmen on the coast and instead of sea creatures, goats and sheep are unloaded at the jetties. The Khasab Corniche is a busy transhipment point between Musandam and Iran.

The nimble speedboats only need about one and a half hours for the 70km between Khasab and Bandar Abbas in Iran. In between lies the Strait of Hormuz, which connects the Persian Gulf with the Gulf of Oman. The goats, which are incomparably cheaper in Iran, are exchanged for electronic devices - from plasma TVs to microwaves to washing machines - and (mainly American) cigarettes.

Iranis find all this at the souq of Khasab - hence the name Irani Souq. After being searched for weapons by the Omani police and given a shopping permit, they fan out.

When the work is done, the speedboats are loaded to the hilt and dash back to where they came from - often accompanied by dolphins. From the Iranian coast, the trade is illegal, which is why the Iranians usually travel in larger groups. This way they can split up and (for the most part) escape border control in Iran. In the evening, it finally becomes quiet and tranquil again in the Corniche of Khasab.

For tourists, the souq of Khasab is less interesting due to its mainly Iranian clientele. First and foremost, things are offered that are intended for Iranian imports. So you mainly find things for daily use or cheap junk.

Only a few traders sell genuine souvenirs, such as handmade pottery or Iranian silk fabrics. The typical long-handled axes of the Shihuh tribe can still be found from time to time, but the specimens are no longer as beautifully decorated as the traditional ones that can now only be seen in museums.

Interesting articles for holidays in Oman: 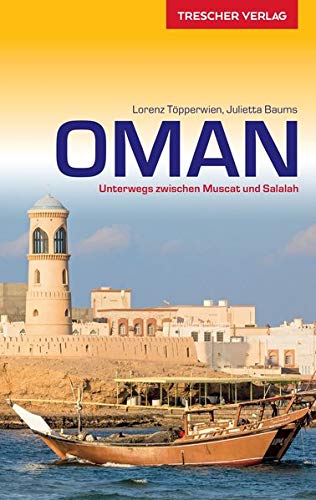