Hawaii Vulcano National Park is home to Kilauea, one of the most active volcanoes on earth. There are only a few places in the world where you can see the effects of the molten rock so clearly and observe lava flows live.

The Vulcano National Park in the American state of Hawaii is one of the UNESCO World Natural Heritage Sites and is located on the largest island of the island state west of the USA, also called the "Big Island".

The Hawaii Volcano National Park is home to one of the most active volcanoes in the world, whose activity continues to increase - Kilauea, which rises almost 1,250m above sea level. According to the Hawaiians, the fire goddess Pele resided in its crater Halema'uma'u.

Around the volcano, a lava surface of almost 70km² spreads out, which is over 30m thick in places and is criss-crossed by so-called lava tubes. These are tunnel-shaped formations that are created when the upper layer of a lava flow cools down and hot lava flows underneath. With the lava produced by this volcano, 30 km of road could be paved on two lanes every day. As a result, "Big Island" has gained 2 square kilometres of land mass since 1994.

On the road in Hawaii Vulcano National Park

The national park is accessible by over 200km of hiking trails and roads. Visitors can hike along the Crater Rim Drive into the bizarre lava landscape. One of these branches leads to the Thurston Lava Tube, which is accessible to hikers over a length of approx. 300m. It's a crazy feeling to be surrounded by once liquid rock above, below, to the left and to the right.

The Kilauea Iki Trail leads along the rim of Kilauea Crater and within a 2-hour hike past the outlet of the lava fountain of the 1959 eruption and down onto a cooled lava lake.

The effects of this eruption are particularly spectacular on the Devestation Trail. In the midst of a rocky desert, the ghostly remains of a badly affected forest rise up there.

The Chain of Craters Road, as the name suggests, leads from one crater rim to the next all the way to the sea. From the Mauna Ulu car park, it is worth taking a short detour to Pu'u Huluhulu, from where you can admire the currently active volcano Pu'u-'O'o.

From the end of the road, numerous hiking trails branch off to active lava flows. Before entering these, be sure to check the prevailing safety regulations at the visitor centre, as molten lava is not to be trifled with!

Tip: Reservations are unfortunately not possible at the three small campsites, the principle is "first come, first serve". All campsites are equipped with running water and toilets.

However, there are not only hiking trails through rock and lava. The Bird Park on Mauna Loa Road is a rainforest full of exotic birds, through which there is also a short walk. The Ohia and Tree Fern Forest in the vicinity of Thurston Lava Tube is also suitable for bird watching.

Flora and fauna between solidified lava

In addition to rock formations and bubbling lava flows, there is also an extraordinary flora and fauna to marvel at in Hawaii Vulcano National Park. Due to the enormous distance from the mainland of almost 3,700km, a unique flora and fauna has been able to develop on Hawaii, which cannot be found anywhere else in the world. Due to the practically hostile living conditions, 98% of the plants manage without thorns, poison or similar defensive substances.

Birds in particular dominated the island, as "getting there" was easiest from the air. As they had no natural enemies, they became ground nisters or even flightless, which was their undoing when the Europeans and their introduced rats, cats and dogs arrived.

The young birds in their unprotected nests and the fearless parents had no chance against carnivores. Added to this was the destruction of the habitat by humans. And so, within a few decades, over 25 bird species disappeared from the face of the earth without a trace.

What unique animals and plants remained are now protected in the national park.

Interesting articles for holidays in the USA: 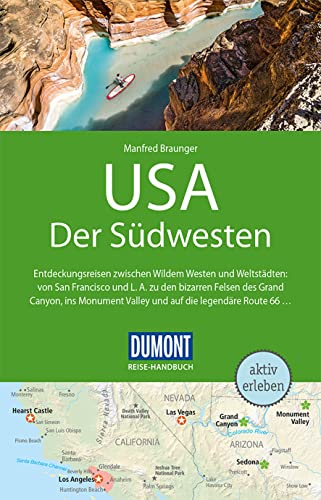