The National Jewellery Museum in Tehran is located in the vaults of the Central Bank and presents fantastic treasures of unimaginable value, including some of the largest diamonds in the world.

The National Jewellery Museum in Tehran contains the country's greatest treasures, one of the most valuable collections in the world, which is also unmatched in size by any other state exhibition in the world.

The National Jewellery Museum is located in the Central Bank of Tehran on Ferdowsi Avenue and now belongs to the Republic of Iran. In the strictly guarded rooms of the central bank lie unique treasures whose astronomical value no expert in the world dares to estimate. Even today, they are used in the case to strengthen the Iranian currency.

Crown Jewels of the Iranian Shahs

The highlight of the National Jewellery Museum is undoubtedly the Iranian crown jewels. Diamond- and gem-studded crowns, tiaras, hair ornaments, sceptres, swords and shields, tablecloths, tableware and flasks sparkle here under impressive lighting. The royal robe is also part of the crown jewels.

The incredible treasures were amassed by the Iranian monarchy over 2,500 years of existence. The jewel collection was largely acquired by the Safavids in the 16th to early 18th centuries. When Isfahan, the former capital of Persia, was sacked by the Afghans in 1719, many national treasures were lost.

However, these were retrieved by Nadir Shah 20 years later in his campaign against Afghanistan, and because they were already in the area, they also sacked Delhi in northern India, whereby Indian diamonds, rubies, emeralds and sapphires were also incorporated into the Iranian crown jewels.

The crown jewels were last used during the reign of Shah Pahlavi, which is why the royal crown is still called the Phalavi Crown today. After being overthrown by the Iranian revolution under Ayatollah Khomeini in 1979, the crown jewels were kept under lock and key in the vaults of the Central Bank of Iran. It is only since 1990 that they can be viewed again.

Other incredible pieces of jewellery include a 34kg globe made of pure gold, with continents made of emeralds, Great Britain and Southeast Asia made of diamonds and India made of rubies. The lines of longitude and latitude were also laid from the finest diamonds.

The National Jewellery Museum in Tehran is of course an absolute must for every jewellery lover. But not only that. Every piece in the vaults of the Jewellery Museum also reflects a small part of Iranian history, tells of wars and kings, losses and victories. Brochures in various languages, including German, are available to help visitors better understand the fantastic works of art and jewellery. In addition to Persian, English-, French- and Russian-language guided tours of the Jewellery Museum are also offered.

The Jewellery Museum on the official site of the National Bank of Iran incl. opening hours and prices (English)

Interesting articles for a trip to Iran: 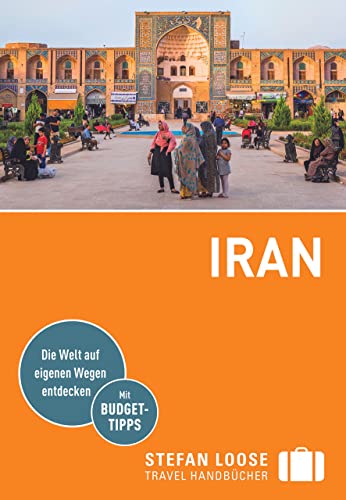