Mount Fuji is Japan's highest mountain and one of the most beautiful in the world. In July and August, thousands climb the relatively easy path to the majestic summit of the 3000-metre peak.

Mount Fuji or Fujisan, often mistakenly called Fujiyama, is Japan's highest mountain at 3,776 metres. The almost perfectly symmetrical shape of the stratovolcano with its snow-covered summit makes Fuji one of the most beautiful mountains in the world and a popular subject for international painters, poets and photographers. On a clear day, Mount Fuji can be seen from Tokyo, 100 kilometres away. We have also put Mount Fuji on our list of the top 10 sights of Japan.

Mount Fuji is a volcano of the Pacific Ring of Fire and is considered a dormant volcano. Its last eruption occurred in 1708, and the risk of a new eruption is considered low. The origin of its name is the subject of many theories, but has not yet been fully clarified.

The summit of Mount Fuji is located on Japan's main island of Honshū, right between the two prefectures of Yamanashi and Shizouka. In its present form, the mountain was formed about 10,000 years ago; its first basic shapes were probably formed several hundred thousand years ago.

In Shintoism, Japan's second major religious community after Buddhism, the graceful Mount Fuji is one of the three sacred mountains of Japan, along with Tate and Haku. The first ascent of the majestic volcano is said to have been made in the 7th century by an unknown Shinto monk.

The British diplomat Sir Rutherford Alcock was the first non-Japanese on the summit in 1868. Until the Meiji period, which ended in June 1912 with the death of Emperor Tennōs Mutsuhito, women were not allowed to climb the sacred mountain.

These times of restriction are thankfully over. Today, Mount Fuji is one of Japan's top 10 sights. Its symmetrical shape makes it not only magnificent to look at, but also easy to climb. As a result, especially in July and August, when all routes can be climbed and the huts are open, up to 3,000 tourists a day storm the summit.

An ascent from October to May is only recommended with appropriate mountain equipment and experience. The sensitive cold and unpredictable weather at this time have already claimed a few lives. The advantage is that you have the snow-covered dream landscape of the graceful mountain as good as to yourself.

Paths to the summit

The starting point for climbing Mount Fuji is the Gogōme station at 2,300 metres, which can still be reached by bus or car. A little below this station, by the way, is the crash site of a Boeing 707, which killed 124 people in 1966. From there, four routes lead to the summit, the "Lake Kawaguchi", the "Subashiri", the "Gotemba" and the "Fujinomiya".

The most popular and thus often crowded is the Kawaguchiko route, as its large bus parking area and spacious cabins offer the best comfort. The Fujinomiya route, with its highest last stop, comes next on the popularity scale. The Subashiri and Gotemba routes are popular routes for descent due to their spectacular ash-covered trails.

Another four start already at the foot of Mount Fuji, these are Shojiko, Yoshida, Suayama and Murayama and are mostly chosen for historical reasons. The Murayama route is considered the oldest path up Mount Fuji and along the Yoshida route there are breathtaking nature as well as historic shrines, teahouses and mountain huts to see.

Tip: Even though it's 40°C in Tokyo in the summer months, temperatures can still drop below zero at the top of Mount Fuji, so dress warmly!

Sunrise on Mount Fuji is considered absolutely stunning. Many mountaineers therefore spend the night in a hut above 3,000 metres and set off again at around 2 a.m. to be on the summit in time for the "Goraikō", the "honourable arrival of light". With appropriate fitness, the ascent to the summit can be completed in about 5 hours, the descent in about 3 hours.

If you don't want to climb Mount Fuji, but just look at it, the best way to do this is from the train. The route of the Japanese high-speed train Shinkansen from Tokyo to Nagoy, Kyoto or Osaka passes the majestic volcano. 45 minutes after Tokyo is Shin-Fuji Station, ideal location for breathtaking panoramic photos.

In the cold months, in the morning and in the evening, the view is clearest. There are also special attractions to visit in the lower elevations of Mount Fuji, such as the Hakone Hot Springs or the Fuji Five Lakes. 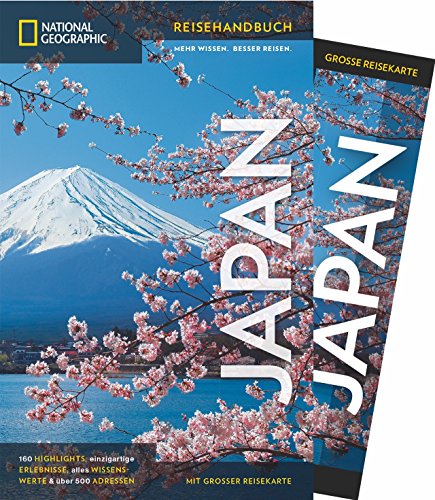