The Palácio Rio Negro in the Brazilian city of Manaus was once the stately residence of a German merchant, the seat of the governor in Manaus for almost a century, and now functions as a museum and cultural centre.

The Palácio Rio Negro in the Brazilian city of Manaus dates back to the early 20th century and is one of our top 10 sights of Manaus. It once functioned as the seat of the government of the state of Amazonas and the official residence of the governor. Today, the historic palace is the last fully preserved building from the rubber era.

History of the Palácio Rio Negro

The magnificent mansion with its ornate façade in the eclectic style was built in 1903. At that time it was the residence of the German merchant Waldemar Scholz from Hamburg, also known by the nickname "Rubber Baron".

But in 1911, the rubber trade in the Amazon was threatened by strong competition from Asia. When the trade routes from Manaus to Hamburg were interrupted due to the First World War, Scholz was threatened with bankruptcy. The baron had to give up his wealthy life and put his palace up for sale.

In 1917, the Palácio Rio Negro was acquired by the government under Governor Pedro de Alcantra Bacellar, and a year later it was converted into the official seat of the executive and the governor's residence. It remained in this function until 1995, when the historically valuable palace was converted into a cultural centre. Equipped with air conditioning and modern technology, the Palácio Negro, now Centro Cultural Palácio Rio Negro, was given a completely new format.

From the Scholz Manor House, the impressive building has become a hub for cultural events, hosting classical concerts, as well as dance and theatre performances, readings, and exhibitions.

The expositions focus on a wide variety of topics, from an ethnographic collection of the Amazon region to art exhibitions and the history of opera, cinema and cartoons. Permanent exhibitions include one of the most extensive coin collections in the southern hemisphere, an art gallery with Brazilian works and historical collections of the state of Amazonas.

The precious interior of white marble and dark wood was renovated in the 1980s and shines again in its old splendour. Involuntarily, the visitor is reminded of the wealth and taste of the Victorian age.

Furniture once used by the Amazon state government can also still be seen in the Palácio Rio Negro museum, including a wonderful English table made of dark rosewood, two bronze statues and a carved chair decorated with elaborate floral motifs.

Tip: The splendour of the Palácio Rio Negro can be explored on your own, but guided tours are also available. These are generally in Portuguese, but with a bit of luck you might catch an English-speaking guide.

The garden surrounding the Palácio Negro is planted with trees, shrubs and flowers from the Amazon, whose soft greenery really sets off the peach-coloured façade with its bright columns and balustrades.

In the Brazilian spring and summer, from about October to March, the Palácio Rio Negro is closed to visitors. At this time, it houses the current president.

Accommodation and hotels in Brazil (booking.com):

Interesting articles for holidays in Brazil: 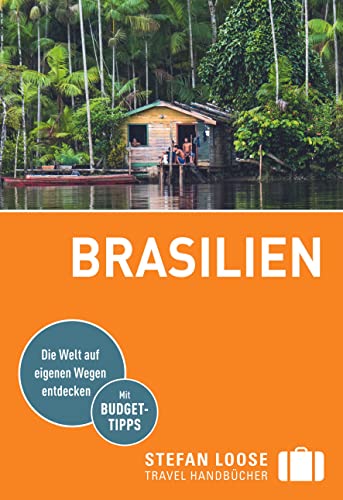