Ajman is the smallest of the United Arab Emirates and has so far been spared from mass tourism. If you are looking for an inexpensive place to stay as a base for excursions in the Emirates, this is absolutely the right place.

With an area of just over 250 square kilometres, Ajman is about the size of the Thai holiday island of Koh Samui and the smallest of the seven emirates of the United Arab Emirates (UAE). Ajman is one of the former Trucial States and has been independent from Great Britain since 2 December 1971.

The largest and busiest part of Ajman stretches along a 16km long and 10km wide coastal strip, forming the capital Ajman City about 20km northeast of Dubai. In addition to Ajman City, Ajman also includes the two tiny enclaves of Manama and Masfut near Hatta, which are 60 and 110km from Ajman City, respectively, and offer little worth seeing apart from a bizarre desert landscape.

Ajman City can hardly be compared to the oriental splendour of Dubai or Abu Dhabi, the former fishing village seems rather unkempt. On the other hand, Ajman has so far been spared mass tourism and the luxury hotels are much cheaper than those in the neighbouring emirates.

Ajman's main attraction is its fortress, built by the Portuguese in 1775 to defend the port.

Since 1991, the fortress has housed a museum where the way of life in the United Arab Emirates before the oil boom can be understood. The air-conditioned rooms tell the story of pearl divers, fishermen, dhow masters, doctors and school and play in Ajman over the past centuries.

Ajman's historic town centre is spread out around the fort with shops and eateries, above which the fortress shines as a glowing eye-catcher at night. In the old town, the wind towers, which once housed the sheikhs' chambers and their harem, and the fantastically beautiful Sheikh Zayed Mosque are particularly worth seeing.

The beach, which stretches from Ajman to the neighbouring emirate of Sharjah, consists of soft, light-coloured sand and is the second attraction for tourists besides the fortress. Sanitary facilities and deckchairs, however, are only available at the hotels and beach clubs. The beach and the corniche are less inviting for bathing and more for walking.

Ajman's new souq, in the city's unique neo-Arabic building, is more like a modern shopping mall than a traditional oriental market. Here you can find sporting goods, clothing, jewellery, cosmetics, toys and food, as well as a variety of restaurants and cafés.

At the spacious gold souq, you can easily outfit an entire Indian family with glittering jewellery, and at the Iranian souq by the harbour, mainly plastic household items are sold in the morning and evening.

Those who want to go on large-scale shopping excursions are better off in the Ajman City Centre on Wasit Street, with around 70 shops and boutiques. And if this is too small for you, you can take a detour to the famous Dubai Mall.

Ajman's famous dhow shipyard is located just outside the city centre and shows the creation of the traditional wooden boats in the manner of an open-air museum. The construction process can be followed from the bare skeleton to the finished dhow and many workers are happy to give tourists a short tour of the new boats.

In the 1930s, it achieved modest prosperity through pearling, fishing and dhow building. Today, Ajman is still home to the UAE 's largest shipyard, which is also one of the country's largest producers of steel.

However, Ajman has neither oil nor natural gas reserves of its own and therefore cannot compete with the other United Arab Emirates in terms of wealth. Ajman gets its income from trade and tourism, as well as from subsidies from its rich neighbours.

Following the example of Dubai and Abu Dhabi, large-scale construction projects on the coast of the Persian Gulf are also intended to boost tourism in Ajman. Unlike Dubai, where the coastline is being extended by artificial land acquisition, Ajman is relying on lagoons and canals that are being dug into the mainland. And so, in the meantime, a huge ypsilon of seawater protrudes into the sea of houses in Ajman.

New office, residential and entertainment centres are to be built on this artificial coast, which will be around a third cheaper than their counterparts in Dubai.

Tourist information from Ajman's government in the UAE

Accommodation and hotels in the United Arab Emirates (booking.com):

Interesting articles for holidays in the United Arab Emirates: 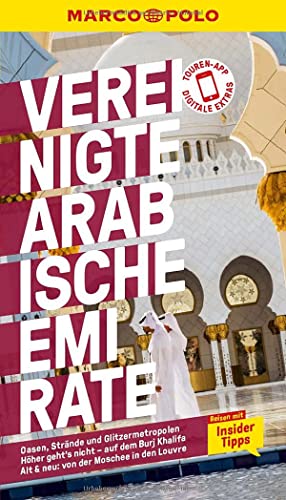