Although the Otrabanda district of Willemstad is not as picturesque as the Punda district, there are still a few historical sights to discover in its winding alleys.

In the capital of Curaçao, the pretty Queen Emma Bridge, or more casually "Swinging Old Lady", which can be moved aside to let ships through, has been used since 1888 to cross the Sint Annabaai Bay from Punda to the Otrabanda ("the other side") district.

Otrabanda was built in 1707 on the other side of the bay after Punda gradually became too small. This part of town was also given a fortress to protect it: the Riffort, located just opposite Fort Amsterdam, invites you to dine behind its historic walls.

In contrast to the first district of Willemstad, the streets in Otrabanda were no longer laid out systematically, and the aerial view here seems rather chaotic. But the neighbourhood with its winding alleys, old monuments and hidden squares has a special charm and is best explored on foot. Otrabanda used to be an important slave market in the Caribbean and is still the centre of the coloured middle class in Curacao after many freed slaves settled here in the 18th and 19th centuries.

Tip: After dark, tourists should avoid the narrow streets of Otrabanda.

Places of interest in Otrabanda

The sights of Otrabanda are neither as numerous nor as attractive as those of Punda, yet a short walk through the narrow streets is worthwhile. Directly in front of the Riffort the Pater Euwensweg leads inland to the pretty historic houses Stromzicht (white-blue) and Batavia (pastel red). Both buildings date from the 18th century and are now privately owned.

Between the two houses, the Sebasteeg leads to Breedestraat, the main street of Otrabanda, whose (admittedly much more inviting) counterpart can also be found in Punda. In the maze of alleys in between, life in the 18th century can still be easily understood. The two tiny houses at numbers 5 and 15 in Gasthuisstraat are also worthy of note. From the Breedestraat back in the direction of Sint Annabaai, the route leads to the Arubastraat, where the yellow Sebastopol house is enthroned on the right-hand side, at the corner of the Sebastopolstraat.

From here you can walk along Conscientiesteeg, the oldest street in Otrabanda, to Sint Anna Basilica, the oldest Catholic church in the Netherlands Antilles. Its origins go back to a chapel from 1757.

Continuing straight ahead, we recommend a short walk along the waterfront road, where the bright blue Hotel Otrabanda sits enthroned. From its terrace, there is a fantastic view of the colourful houses of Punda, the swinging Queen Emma Bridge and the modern Queen Juliana Bridge.

The waterfront road continues inland to the Kurá Hulanda Museum at Klipstraat No. 9, which is dedicated to the history of slaves on Curaçao.

Accommodation and hotels in Curaçao (booking.com):

Interesting articles for your holiday on Curaçao: 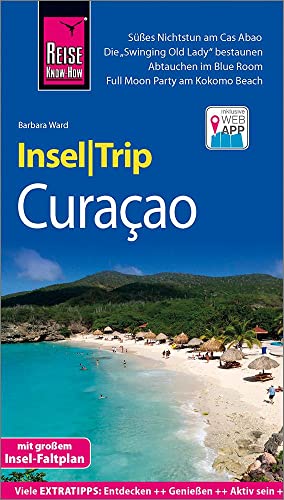