Melk Abbey at the Lower Austrian banks of the Danube is the landmark of the town of Melk and the largest baroque monastery in Austria. In addition to the magnificent abbey church, there are a number of other superbly appointed rooms to explore.

Like a golden crown the glorious Abbey of Melk sits on its hill over the Danube in Lower Austria’s landscape „Wachau“. With its superb architecture, its splendid interiors and magnificent treasures of art history, it is one of the most important baroque buildings in Austria and throughout Europe. In 2000 the Melk Abbey was announced a World Heritage Site by UNESCO.

Melk Abbey was founded in 1089 as Babenberg castle and later as a Benedictine monastery and has never since been inhabited by another order. Its present appearance dates from the early 18th century, when the monastery was rebuilt according to the plans of the famous Baroque architect Jakob Prandtauer. The massive building is 320 meters long. The south wing alone, where the opulent marble hall is located, is already 240 meters long.

Over 900 years the Benedictine monks had time to gain knowledge and experience, and transform to Abbey to a center of art, culture, faith and science. This knowledge is passed down to the present day to over 900 students of the Abbey’s Secondary and Preparatory School. The thousands of visitors from around the world who stroll through the magnificent premises of the Melk Abbey also benefit from the institution’s rich past.

Tip: All the splendor of the Melk Abbey with its legends and stories can best be seen as part of a guided tour. During a visit to the abbey you should not only just look straight ahead, but also let the magnificent frescoes on the ceiling and walls stun you.

The Church of St. Peter and Paul is at the heart of Melk Abbey and is one of the most beautiful Baroque churches in Austria. With a 64m high dome, it impresses with its almost monstrous interior of stucco, marble and gold leaf decorations. The church is located at the Prälatenhof, whith the Kolomanibrunnen in the middle, which once belonged to the dissolved Abbey Waldhausen. The courtyard is trapezoidal applied and aligned to the church with the majestic dome.

Imperial Staircase and Imperial Alley with Abbey Museum
From the southwestern end of the Prälatenhof the opulent imperial staircase (“Kaiserstiege”) leads to the former quarters of the imperial family and is profusely decorated with paintings, sculptures and stucco. It opens into the Imperial Alley (“Kaisergang”), which today is still lined with paintings of the former rulers of the houses Babenberg and Habsburg.

In the former imperial quarters on the other side of the aisle the monastery museum is housed, which takes the visitor to modern exhibitions staged by the structural, economic and cultural history of Melk Abbey from its foundation until today. In addition to a remarkable model of the entire building, exhibits from the treasury and the archives and particularly valuable items from the library can be seen in the Abbey Museum.

The opulent Marble Hall at Melk Abbey is located in the south wing and connects directly to the Imperial Alley. In the with stucco and marble magnificently ornated ceremonial room guests of the imperial family were invited to celebrations and banquets.

At its ceiling impresses the wonderful fresco by Paul Troger, which shows the ruling house of Habsburg with Pallas Athena, the Greek goddess of wisdom and the mighty Hercules. The marble hall leads to a spacious terrace that enters into the west wing of the Monastery building and offers a wonderful view over the town of Melk and the Danube river. Here is also the entrance to the Abbey Library.

Tip: Not only because of the ceiling fresco in the Marble Hall it is worth to look up! Standing in the midst of the room it seems like all painted pillars, “carry” the ceiling in a straight order. Looking at the pillars from one of the doors, you can see that in fact they are all painted askew.

The library of Melk Abbey does not only leave designated bookworms speechless. Seeing the incredible number of valuable ancient volumes, every visitor seems to be awestruck. Some of the 100,000 literary works in the Melk Abbey Library are among the most valuable heirlooms written from the Middle Ages. Again take a look at the ceiling with its magnificent fresco by Paul Troger, this time an allegory of faith.

The perfect closure of a visit of Melk Abbey is a pleasant walk through the secluded abbey park. Shortly after the entrance the baroque garden pavilion by Franz Munggenast catches your eye. It was built in the 18th century and decorated by Johann Wenzel Bergi with ornate exotic frescoes that today decorate the pavilion’s cafe and serve as a backdrop for concerts and other events. The splendid gardens paths are lined by colorful flowers and lead through beds of roses to a water basin, which is bordered by 250 year old lime trees.

Tip: Visitors with a sweet tooth should not miss the chance to enjoy a piece of the famous Kolomani cake, a blend of chocolate and elderberry jam which was named after the patron saint of Melk. 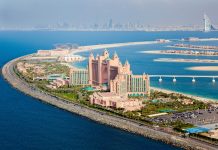 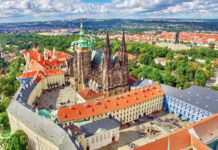 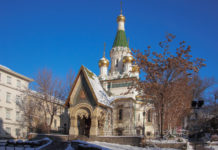 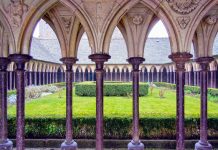 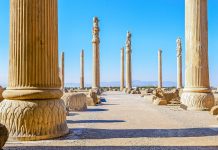 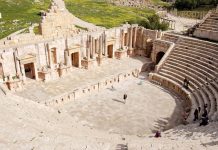 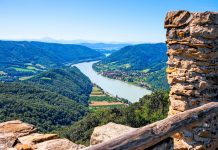 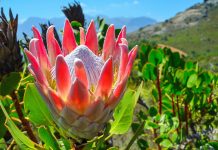 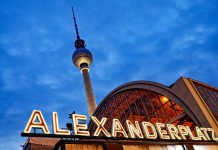 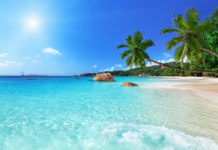 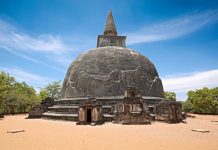 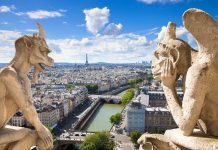