The 200m-deep Trient Gorge in the southwest of Switzerland can be visited on a footbridge along the vertically rising mountain face and leads to a breathtaking waterfall.

The Trient Gorge is located in the Swiss canton of Valais near the town of Martigny and is an impressive 200 metres deep. It was cut into the rock of the Mont Blanc massif by the Trient torrent. The spectacular Trient Gorge is the absolute highlight of this region and is also on our list of the top 10 sights in Switzerland.

The front part of the impressive Trient Gorge can be visited from May to September - for a fee - via a paved walkway along the vertically rising rock wall.

The footbridge is absolutely safe to walk on, even if it leads across dangerous-looking whirlpools of the wild mountain stream. A grid protects the hikers from falling stones. The gorge can be walked through in just under half an hour, depending on the walking speed.

Tip: The further you venture into the fantastic Trient Gorge, the closer the mountain walls come together and it gets sensitively cool, even in high summer. It is definitely advisable to take a jacket or jumper with you to ward off the unpleasant cold.

At the end of the footbridge, a particularly impressive final act awaits. Between the steep mountain flanks, the imposing waterfall "Cascade de Pissevache" emerges foaming before the astonished visitors, its deafening thunder amplified by the narrow gorge.

"Cascade de Pissevache" translates roughly as "pissing cow". Looking at the enormous amounts of water from the inviting wooden bench, one can't quite understand the comparison with the 114m falling river.

Goethe once wrote about this waterfall: "Finally we stepped in front of the waterfall that deserves its fame above many others. At quite a height, a strong stream shoots flaming down from a cleft in the rock into a basin, where it drifts in dust and foam far and wide in the wind. We climbed it, sat down by it, and wished we could spend whole days and hours of life by it."

Since the waterfall is also used to generate electricity, it is more or less impressive, depending on the current energy demand. Once you have looked at the tumbling masses of water long enough, you have to turn around again. The Trient Gorge is left the same way as it was entered.

The Trient Gorge is spanned by one of the highest arch bridges in Europe, the "Pont de Gueuroz". The span of the bridge is a massive 98.50 metres, its height 187 metres. Drivers reach the Pont de Gueuroz by taking the turnoff from the Bâtiaz Castle in Martigny into the Trient Valley.

The bridge was built in the period 1932-1934 and was a daring construction made of reinforced concrete at the time. In 2004/2005 it was restored by the Canton of Valais and the Swiss Federal Administration and is now a listed building. It is reserved for pedestrians and cyclists and offers a fantastic view into the depths of the Trient Gorge.

Accommodation and hotels in Switzerland (booking.com):

Interesting articles for holidays in Switzerland: 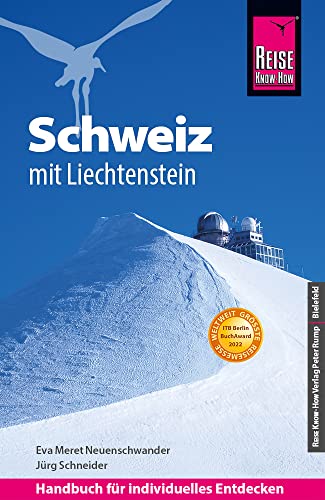