Once a thriving seafaring centre in the Bay of Kotor, the pretty town of Perast was completely restored at the end of the 20th century. Some parts of Perast are still in ruins, but the majority of the magnificent buildings have already been restored to their former glory.

The charming town of Perast in the beautiful Bay of Kotor in Montenegro is a feast for the eyes even from afar. Magnificent villas line the shore promenade and the two small monastery islands of Sveti Đorđe and Gospa od Škrpjela in front of Perast add the finishing touch to the postcard motif.

Perast, first documented in the 13th century, stood for years in the shadow of the more important Kotor, eventually siding with the Venetians and fighting Kotor before becoming known as an independent small town for its sailors, merchants and navigators.

Perast 's four shipping companies maintained up to 100 ships and many captains chose Perast as their retirement home. The wealth of the small town grew over the centuries and between 1600 and 1797 magnificent new buildings were built by the Perast upper class.

However, as international ships grew larger, the port of Perast soon became too small and the flow of seafaring money began to flow to other ports. From 1900 onwards, Perast slowly began to decline. What was left of the once flourishing town was destroyed by the 1979 earthquake.

Thankfully, the preservationists of Montenegro decided at that time to rebuild the jewel in the Bay of Kotor, and today Perast shines in its old splendour thanks to investments by UNESCO, the state of Montenegro and many private sponsors. Some ruins in the higher parts of Perast are still waiting to be renovated, but this gives Perast a historical charm all of its own.

Thepicturesque "Maria vom Felsen " is an artificially raised island on which a church has been built, where impressive masterpieces by Montenegrin and Italian artists can be seen.

The first church dates back to 1452, the Roman Catholic sacred building that can be seen today was built in 1632 and renovated and expanded just under 100 years later. Sailors in particular prayed and still pray here for a safe return home.

Unlike Gospa od Škrpjela, the island of "St. George" is a natural islet on which the first Benedictine monastery of the same name was built in the 12th century. Sveti Đorđe was a bone of contention between Perast and Kotor for a long time, until the tiny island was finally awarded to Perast in 1634.

Only 20 years later, Sveti Đorđe was demolished by the Turks after they had to leave without success after the siege of Perast and Kotor. Another 13 years later, the earthquake of 1667 also destroyed the rest of the monastery complex. Today's monastery of Sveti Đorđe amidst tall cypresses dates from the early 18th century and houses the tombs of Perast's great personalities.

Theterm "old town" is hardly appropriate in Perast, as most of the restorations in the small town are barely 50 years old. Nevertheless, the compact, listed architectural ensemble bears witness to the former prosperity.

A classic tour of Perast is not possible, as the streets at higher elevations have all not yet been restored and many of them end in dead ends. The best way to explore Perast is therefore from east to west along the waterfront, with individual detours into the "hinterland".

Impossible to miss from afar is the striking Church of St. Nicholas, whose 55m bell tower is the tallest in the entire Bay of Kotor. Built in 1616, the church houses a rich interior with a Venetian altar and an extensive church treasure of gold and silver. The paintings are from the workshop of the famous Baroque artist Tripo Kokoljas.

The largest palace in Perast after renovation was built in 1764 and still bears witness to the enormous wealth of its owners. Precious stones from the Croatian island of Korčula were used for the three-storey building with its high-baroque balconies and portals.

Tripo Kokolja also immortalised himself here with his frescoes. Once part of the relatively weak city fortifications, today only a ruin remains of the palace and the ornate painting is barely recognisable.

TheChurch of St. John the Baptist is the first of 14 churches that were donated to Perast mostly by the upper classes. In the church, built in 1596, you get a first taste of the interior decoration of Gospa od Škrpjela, because the paintings there were also created by the famous Baroque artist Tripo Kokolja.

The last large building on the way along the promenade is also the only palace in Perast that can be visited from the inside. The Palata Bujović from the late 17th century houses the Perast Museum of Local History, which presents documents and other finds from the town's heyday.

Interesting articles for your holiday in Montenegro 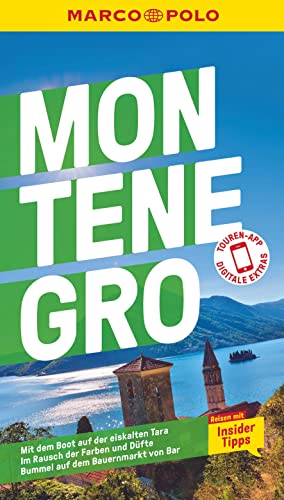