The Top 10 Sights in Croatia

Travel to Croatia without any tourist traps: Here you will find the top 10 sights in Croatia. Read which highlights and attractions you should not miss on your holiday in Croatia!

Holidays in Croatia are the perfect choice for cultural trips and beach holidays on the Mediterranean. Numerous islands with beautiful pebble beaches and the long Makarska Riviera on the Adriatic Sea offer Mediterranean flair, while cruise ships and showpiece yachts in picturesque bays provide a touch of luxury.

Fantastic nature experiences await at the idyllic Plitvice Lakes in the north and the enchanting old towns of Dubrovnik, Split and Zadar whisk travellers away to medieval Croatia with dreamlike architectural sights.

The beautiful city of Zadar on the Croatian coast is rich in archaeological and artistic heritage and is home to the unique "Sea Organ", an art installation that is as modern as it is special. The historic old town of Zadar is best explored on foot. Those who like it a little quieter visit Zadar in spring or autumn.

The Makarska Riviera is the name given to a picturesque stretch of Croatian coastline that winds along the gorgeous Adriatic coast. The fantastic coastline of the Makarska Riviera runs from Brela in the north to Gradac in the south and can be reached via the road in the Biokovo Mountains or via the Jadranska Magistrala. Idyllic little towns and enchanting bays are strung here like pearls on a string, inviting you to stop off and enjoy the magnificent views.

The Plitvice Lakes National Park is one of the most breathtaking landscapes in Croatia. 16 crystal-clear lakes are connected by branching river courses and fantastic waterfalls. The Plitvice Lakes have been a UNESCO World Heritage Site since 1979. In the 1960s, large parts of the Winnetou trilogy with Pierre Brice and Lex Barker were filmed in the Plitvice Lakes area.

The amphitheatre in the old town of Pula is over two thousand years old and is one of the largest of its kind in the world. Originally built from 2 BC to 14 AD, the Pula Amphitheatre was expanded to its ultimate size under the Roman Emperor Vespasian. In the past the amphitheatre was used for gladiator fights and naval battles, today the 68 by 42 metre arena hosts concerts and the Pula Film Festival.

Nowhere in the Mediterranean is there an archipelago with a higher density of islands than the Kornati archipelago. Almost 90 islands are part of the Kornati National Park, which is often described as the most beautiful sailing area in Europe with its dreamlike bays and huge cliffs. Swimming, sailing, diving, snorkelling and boating are the main activities on the Kornati islands.

The city walls of Dubrovnik offer unforgettable panoramic views over the historic centre of Dubrovnik, which is one of the most beautiful old towns in the entire Mediterranean. Since the 7th century, the mighty walls of the historic defences have protected Dubrovnik's inhabitants. The historic old town has been a UNESCO World Heritage Site since 1979.

The old town of the Croatian city of Trogir, 25km west of Split, is a fantastic jewel of medieval architecture. Trogir is home to the best-preserved Romanesque-Gothic architecture in all of Eastern Europe. The old town of Trogir is completely preserved to this day and was designated a World Heritage Site by UNESCO in 1997 as an outstanding example of urban continuity.

Coastal road from Senj to Maslenica

Along with the Makarska Riviera, the coastal road from Senj to Maslenica is one of the most beautiful panoramic routes in Croatia. The breathtaking stretch between the sea and the mountains offers magnificent views of the deep blue sea with limestone islands and partly rugged mountain desert.

The picture-book town of Rovinj is one of the most picturesque and most photographed coastal towns in Croatia. In Rovinj, you'll find gorgeous views, idyllic bays, Mediterranean flair and an enchanting medieval old town with winding alleys and dreamy squares right by the sea.

The famous Diocletian's Palace is the centrepiece of Split's old town, which is a UNESCO World Heritage Site in its entirety. The palace is a skilful blend of luxury villa and military camp with thick walls, a transverse and a longitudinal street and four imposing corner towers. Of enormous historical importance is its cathedral, Sveti Duje, which is considered the oldest Catholic cathedral in the world.

Croatia is so diverse that the best time to visit depends entirely on the type of holiday. In summer, from June to September, the weather is most stable and the sea is warmest, at 20 to 25°C. For hiking, it is best to come in spring or autumn; in summer the temperatures are too high and the landscape rather barren.

Croatia is also an attractive destination in winter. Croatia's attractive cities are hardly visited then and the prices are lower than in the high season. The only disadvantage is that it is cooler and can rain more often. In the south, however, it can be really warm in winter, with temperatures of over 10°C. From December to February you can ski and snowboard in northern Croatia.

A variety of offers for your holiday in Croatia

With its numerous islands and historic city centres full of remarkable monuments, there is something for every target group on a holiday in Croatia! Along the coast you will find idyllic pebble bays and fantastic diving spots with crystal-clear water. Our 10 most beautiful beaches in Croatia leave nothing to be desired for a bathing holiday.

In the hinterland, the Krka National Park and the Plitvice Lakes await outdoor holidaymakers and hiking enthusiasts. Travellers interested in history will find true treasures in Croatia's cities that date back to antiquity.

Many holidaymakers arrive in Croatia by car, which also makes the Adriatic destination an ideal holiday destination for campers and individual travellers. Croatia also has the right accommodation for every holiday budget. If you don't want to stay at a campsite, you can also find inexpensive alternatives in guesthouses and holiday flats. Croatian hotels also range from small, fine holiday homes to luxurious 5-star wellness temples.

World Cultural Heritage on the Adriatic - Croatia's most beautiful cities

The most popular holiday destinations in Croatia can hardly all be listed at once. An absolute must-see is the beautiful city of Dubrovnik. Known from numerous films and TV series, such as Game of Thrones or Star Wars Episode VIII, the enchanting city with its picturesque harbour is a UNESCO World Heritage Site.

Tip: While Dubrovnik is almost like a museum (in the evening, the historically valuable streets are almost deserted), the old town of Split, which is just as worth seeing, also offers the opportunity to enjoy Croatian everyday life to the full.

Also worth a visit are the vibrant capital Zagreb, the port cities of Istria, such as Rovinj, Trogir or Pula with its mighty amphitheatre, or the pretty towns of Zadar and Šibenik. By the way, the enchanting towns are worth visiting all year round, so there is no best time to travel to Croatia in that sense.

Caribbean Holiday in the Mediterranean - Croatia's Most Beautiful Islands

Who would have thought that Croatia has around 1200 islands? Krk is the largest and, with its numerous holiday resorts and the picturesque capital Krk Town, also the most visited holiday island in Croatia. Hotels directly on the beach in dreamlike bays of Krk Town or Baska make holiday dreams come true! Our 10 most beautiful islands of Croatia create a real Caribbean atmosphere.

In the Kvarner Bay around the port city of Rijeka, numerous seaside resorts on the mainland also invite you to a relaxed beach life. The Dalmatia region between Split and Dubrovnik is widely known for its brilliant white pebble beaches on the Adriatic Sea.

Croatia's island world offers wonderful bays, some with kilometre-long beaches, most of which have been awarded the blue flag for water quality. There are only a few sandy beaches, but the rocky and pebbly coastline ensures a crystal-clear sea in a brilliant turquoise blue.

The cleanest water in Croatia can be found at Valun beach on Cres, a crescent-shaped bathing paradise beckons at the Golden Horn Zlatni Rat on Brac, and the beaches of Lopar on Rab and Lumbarda on Korcula are also worthy of mention as Croatia's beach attractions. They are all on our list of the 10 most beautiful beaches in Croatia.

Lonely bays, hidden villages - Croatia away from the masses

Croatia is one of the most popular holiday destinations in Central Europe. Nevertheless, along rocky coasts and behind sparsely overgrown hills, you can still discover unspoilt spots. Off the beaten track, Croatia presents itself as a fascinating country with hospitable people who love to let tourists immerse themselves in their culture.

Tiny fishing villages, such as the tranquil Glavotok on the island of Krk or the idyllic Lubenice high up on its cliff on Cres, have apparently never heard of tourism in Croatia. Even in the interior of the Istrian peninsula, in many a mountain village among vineyards, folk dancing and hand-embroidered doilies make you feel as if you have travelled back to the last century. A visit to a konoba, the Croatian inn, is then suddenly like a trip to another world.

Interesting articles for holidays in Croatia: 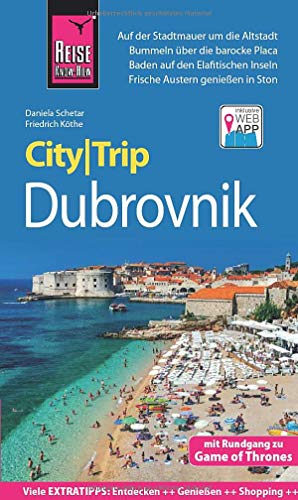