Lipari Islands: Journey to the Archipelago of Volcanoes, Italy

Europe's fire mountains not only rule Iceland, but also the Mediterranean: off the coast of Italy, the continent's most active volcano is located in the middle of a completely natural landscape.

As a diverse travel destination, Italy is one of the most popular countries for German vacationers. Famous for pizza, pasta and "La Dolce Vita", Italy's beaches and cities attract over 120 million visitors every year. Accordingly, it can get crowded at classic destinations such as the Adriatic or Riviera. But it's a good thing that Italy also offers quiet spots to explore far away from such hotspots: the Lipari Islands, for example.

The Lipari Islands are an archipelago of volcanoes located in the Mediterranean Sea, not far from the Italian coast. Their correct name is "Aeolian Islands", but they are less known under this name. If this name does not mean anything to you, you should at least know Stromboli: The most active volcano in Europe and the heart of the Lipari Islands.

But the archipelago off the coast of Sicily has even more active volcanoes up its sleeve and also delights its visitors with a diverse landscape. Because none of the islands, which were declared a UNESCO World Heritage Site in 2000, is like the others. They are the scene of many scientific studies and away from the tourist crowds, the sense here is above all for naturalness.

A view of the islands in the archipelago

The Lipari Islands are located on the Italian volcanic chain, which stretches from Mount Vesuvius to Mount Etna and has shaped the unique landscape of southern Italy. Only during the Italian summer vacations some tourists come to the Aeolian Islands.

Away from this high season, however, they are as empty and a real insider tip for vacationers looking for peace, nature and a varied time out from everyday life. The variety of the different islands offers guaranteed for every taste the right choice.

As already mentioned, Stromboli represents the heart of the Lipari Islands. The most active volcano in Europe transforms the island of the same name into a black landscape with yellow-red lava flows, which flow as a "fire path" down to the sea. Nevertheless, there is no reason to fear, because the volcano is considered harmless with its regular "controlled" eruptions and can be observed from a safe distance from an observatory.

If you want, you can also join a hiking guide and climb up to the crater rim to take a look inside Stromboli. You can spend the night in the tranquil harbor villages with their white buildings, which are considered typical for southern Italy and represent a real antipole to the seething volcano.

The eponymous island of Lipari is the main island in the archipelago. The largest of the islands is nevertheless only slightly inhabited with about 10,000 inhabitants - but turns into a real tourist center with wild nightlife during the high season. During the day, sights such as old castles or picturesque seaside landscapes can be explored.

Lipari is therefore considered a particularly diverse island with an exciting history. Because once lived here not only Romans, but also Greeks, Normans and Spaniards, all of whom have left traces on Lipari. All in all, however, the island presents itself rather as a barren mountain range with steeply sloping coasts, which harbor the one or other quiet bay that invites you to swim in the sea.

The neighboring island of Salina is much greener and is therefore also considered a more attractive destination. The fertile volcanic soil has produced a great diversity of species - both plants and animals. Thus, the island is especially popular with nature lovers and hikers who want to explore the fern forests, climb the mountains or observe animals.

Here, too, steep cliffs provide unique views and the small villages are almost deserted. Nevertheless, there is no lack of restaurants and cafes with culinary delicacies from the region or Italy.

The "island of the rich and beautiful" offers a real contrast to the tranquility of Salina. In summer, the well-to-do families of Italy gather on Panarea to relax on their yachts or to party the night away. Accordingly expensive are here in the high season the accommodations, restaurants & Co.

Nevertheless, the detour to the island is worthwhile, because away from the busy coasts, it offers as the oldest island of the archipelago a colorful flora and fauna and ruins of a prehistoric city. Panarea is also famous for its impressive underwater eruptions.

The volcano on Filicudi has been extinct for a long time. What remains are fertile landscapes and a small island, which has a lot to offer, especially under water: Numerous sunken ships have created a colorful underwater world similar to a coral reef.

In addition, Filicudi is home to cliffs up to 85 meters high with caves such as the "Grotta del Bue Marino" and a 40,000-year-old magma tower. Accordingly, the island is considered a perfect destination for snorkelers and divers.

The sister island of Alicudi is the second smallest inhabited island in the archipelago. It is so popular with hikers mainly because of its naturalness, because there are still no roads here. Instead, the few houses are connected by paths and stairs.

If you want to explore Alicudi, you have to do it on foot and will be rewarded with a view of an unspoiled natural landscape. The small island is also colorful under water, which is why Alicudi is very popular not only with hikers, but also with divers.

The second active volcano of the Lipari Islands is located on Vulcano. The island lives up to its name and is characterized mainly by lava, steam and the smell of sulfur. Vulcano may therefore not be suitable for a longer stay, but the island is definitely worth a trip, because its landscape with sulfur springs, boiling seawater and thermal mud baths is considered unique - not only in Europe.

What is the best way to get to the Aeolian Islands?

For a typical beach vacation, as many tourists are looking for in Italy, the Lipari Islands are only suitable to a limited extent. But for active vacationers, hikers, nature lovers or adventurers they are a real insider tip!

The Lipari Islands do not have their own airport, so the arrival takes place by ferry from Milazzo or Naples. Visitors reach the ferry by car. The journey is therefore also possible with children without any problems, but parents should plan this carefully and provide for sufficient employment. The journey from Milan to Naples alone takes eight hours.

Those traveling with children should therefore either drive overnight or divide the route into stages and, for example, spend a night in northern Italy or on the Amalfi Coast, which is well worth seeing - before continuing on to the Lipari Islands.

Alternatively, Naples also has an airport, which is especially popular with travelers from northern Germany to shorten the travel time in the car.

Locally, transportation is mainly on foot or by boat. Those traveling with children should therefore make sure to keep the distances as short as possible and travel to one of the green islands with beaches for swimming and playing.

Adventurers and active vacationers, on the other hand, like to plan an "island hopping" to explore as much of the archipelago as possible. In conclusion, the Lipari Islands offer the right choice for all travelers.

Climate and best time to visit the Lipari Islands

Temperatures in Italy can vary greatly depending on the climate zone. The warmest time of the year in southern Italy - as in Germany - is from June to August. However, at this time the Italians themselves have vacation time and accordingly it can be quite crowded on the Lipari Islands, especially Panarea and Lipari.

So if you are looking for the tranquility and naturalness for which the volcanic islands are famous and popular, it is better to arrive in spring or early autumn. Due to the Mediterranean climate, it is mild here all year round and even in winter the temperatures rarely fall below 13 degrees Celsius. However, from October to March there is frequent rainfall.

The optimal time to visit the Lipari Islands is April, May and September. Because then it is not yet or no longer too hot to climb the volcanoes. Nevertheless, it is warm enough for swimming, snorkeling, diving, boat trips, walks, hikes - or just a relaxing time with the whole family.

Accommodation and hotels in Italy (booking.com):

Interesting articles for vacation in Italy: 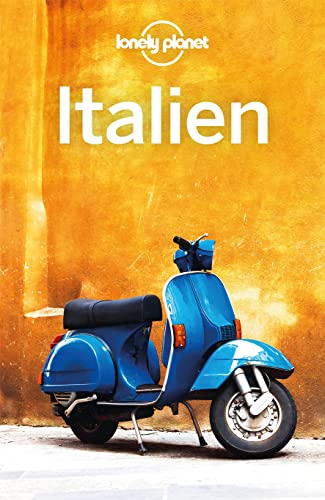