The Top 10 Sights of Greece

Travel to Greece without any tourist traps! Here you will find a list of the top 10 sights of Greece! Which highlights and attractions should you not miss on your holiday in Greece?

Greece looks back on a millennia-old culture whose silent witnesses greet visitors at every corner of the country. Both on the mainland and on the numerous holiday islands, ancient buildings are among the top sights of Greece, along with the picturesque coastline. Fantastic temple complexes go hand in hand with picturesque bays, dreamy sandy beaches and traditional Greek cuisine.

Acropolis and Acropolis Museum in Athens

There is not only one Acropolis, and yet it is usually the one in Athens that is mentioned when talking about "the Acropolis". The impressive temple complex in the middle of Greece's capital is the most famous castle hill in the world, a UNESCO World Heritage Site and an absolute must for every Athens holidaymaker. The neighbouring Acropolis Museum tells the story of the Acropolis and presents original finds, including the masterfully crafted temple frieze of the Parthenon.

Pictured a million times on postcards of Zakynthos, Smuggler's Bay is one of the most famous holiday motifs in Greece. Navagio Bay can only be reached by boat and is as picturesque in nature as the travel brochures promise. The nearby Blue Grottoes with their beautiful water reflections and crystal-clear sea are also worth a detour.

The spectacular Samaria Gorge in the southwest of Crete is one of the longest gorges in Europe. An easily accessible but physically demanding hiking trail leads between impressive cliffs from the centre of the island to the Libyan Sea. The "Grand Canyon of Europe" is well visited in the high season; in the summer months, up to 4,000 tourists visit the Samaria Gorge every day.

The Archaeological Museum in the island's capital Heraklion is one of the most important museums in Europe and primarily presents the Minoans. Europe's oldest advanced civilisation is named after the legendary King Minos, who ruled Crete in the 13th century BC. Next to the ruins of Knossos, the former palace of King Minos, the National Archaeological Museum presents the world's most comprehensive collection of Minoan artefacts.

The Meteora Monasteries are located in the heart of Greece and are a UNESCO World Heritage Site. The "floating monasteries" are situated on steep cliffs and could once only be reached by rope ladders - a perfect defence strategy of the monks, who thus protected their dwellings and church treasures from robbers. Not only the architecture at dizzying heights, but also the view from the Meteora monasteries is absolutely unique.

In the heart of the old town of Rhodes Town sits the impressive Grand Master's Palace of Rhodes. The magnificent citadel of the Knights of St. John was rebuilt in the 20th century and today houses the Archaeological Museum of Rhodes. In addition to the architecture of the Grand Master's Palace, which is well worth seeing, furniture from all over the world, archaeological finds from Rhodes and Greek and Roman sculptures can be seen here.

The Balos Lagoon in the west of Crete is one of the most visited natural beauties of the island. No wonder - with fine white sand and turquoise blue sea, you almost feel transported to the Caribbean here. Its entire coastline is protected as a nature reserve and is thus immune from the construction of hotels. And so nothing, except perhaps the visitors, disturbs the perfect idyll of this beach paradise.

In the east of the Peloponnese lies the theatre of Epidauros, a grandiose legacy of antiquity. The largest amphitheatre in Greece, together with the entire cult site of Epidauros, is a UNESCO World Heritage Site. It was built in the 4th century BC in honour of the god of healing Asklepios and is still the celebrated stage of the summer "Greek Festival".

The picturesque Cape Sounion marks the southernmost point of the Greek mainland. On the 60m high coast of the Attica peninsula, the columns of the ancient temple of Poseidon still rise, guarding the entrance to the port of Athens for millennia. Today, the 5th century BC terrace is the ideal setting for a spectacular sunset.

For a change, the pretty Achilleion does not date back to antiquity, but was built by order of the Austrian Empress Sisi. She used the palace on Corfu as a retreat from her duties at the Viennese court. The architecture is entirely dedicated to Greek mythology - above all to the eponymous hero Achilles. Today, the magnificent Achilleion with its idyllic palace park is a museum with exhibits from the imperial era.

Accommodation and hotels in Greece (booking.com):

Interesting articles for holidays in Greece: 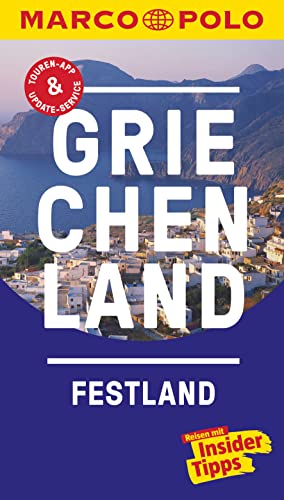