The 10 most beautiful beaches in Crete, Greece

The popular holiday island of Crete, the cradle of Europe's first advanced civilisation, is also the perfect destination for swimming holidays in Greece with its varied beaches.

Crete's wonderful beaches range from turquoise blue lagoons to rocky coasts with crystal clear water to a Caribbean feeling under coconut palms. And - believe it or not - there are still a few tranquil bays on Crete for relaxed bathing holidays, which you often have all to yourself, far away from mass tourism.

Turquoise sea, fine white sand and gently curving shores - the lagoon of Balos exudes almost Caribbean flair and is one of the most visited natural beauties in the west of Crete. As a nature reserve, it may not be built on - and has thus preserved its idyllic beauty for decades.

Next to the Balos lagoon, Elafonissi beach is often called the most beautiful beach in Crete . The calm sea and the spacious beach with its shallow sand dunes are ideal on the otherwise rugged west coast, especially for families with children.

Cretan travellers will also find Caribbean flair for the perfect beach holiday on Crete at the palm beach of Vai. Here, Europe's largest naturally grown palm grove provides pleasant shade. According to legend, the seeds of the Cretan date palm were once left on the beach by pirates from the Middle East. In the meantime, several thousand trees thrive on the 300m-long beach!

Although the beach of Falasarna and its neighbouring beaches have already been voted among the 10 most beautiful beaches in Europe, the extensive sandy beaches are still considered a real insider's tip for a relaxed swimming holiday on Crete. Supposedly, the most spectacular sunset in all of Crete can be admired here every evening.

Three picturesque rocks divide the idyllic beach of Triopetrainto two parts - they are also what gave the extensive sandy beach its name. Tavernas and guesthouses offer board and lodging, yet the beautiful beach is rarely crowded even in high season.

The secluded Xerokambos, in the very south-east of Crete, is situated on a wonderful sandy bay whose sea water shines in an intense turquoise blue. Hardly built on and far away from large settlements (Sitia is 50km away), the fine light sand offers peaceful beach holidays for those seeking relaxation.

Party animals are also in the wrong place on the long pebble beach of Sougia. Camping is allowed here, and many a colourful tent peeps out from under the shade of the tamarisk trees. Some also come with their caravans or sleep under the open sky. The price level of the tavernas here is much lower than in other holiday resorts on Crete, but the quality is at least as high.

The former fishing village of Agia Galini at the foot of the Ida Mountains offers the perfect symbiosis of relaxation and active holidays on Crete. Behind the picturesque bay with one of the most beautiful harbours in Greece, an extensive network of hiking trails spreads out in the green hills around Crete's highest mountain.

Behind the neighbouring beaches of Timbaki and Agios Pavlos, one enchanting bay follows the next until you reach the aforementioned beach of Triopetra.

Kouremenos beach is the place for windsurfers! The 1.5-kilometre coastline consists of a mixture of sand and gravel and offers soft sand and calm seas - but above all a constant breeze that makes Kouremenos one of the best and most wind-safe surf spots in Europe. Hardly a day goes by in the year without colourful sails dancing on the waves in Kouremenos Bay.

The beautiful Marmara beach lies at the exit of the no less attractive Aradena gorge and is one of the most beautiful spots on Crete. No road leads there, so it is cut off from civilisation.

The best way to reach Marmara beach with its small taverna is on foot through the gorge or along the coast. Alternatively, you can travel from Loutro by boat - and then visit the colourful sea caves in its vicinity! 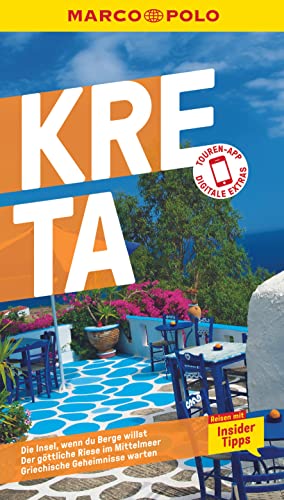