The Bavarian "fairy tale castle" Neuschwanstein was commissioned by King Ludwig II as an ideal vision of a medieval castle. Its ornate spires and oriels are indeed reminiscent of Sleeping Beauty and Snow White, making Neuschwanstein one of the most visited castles in Europe.

Approaching the town of Hohenschwangau in southern Bavaria in Germany, you can see Neuschwanstein Castle from afar. With its picturesque towers, pointed roofs, oriels, columns and round arches, it rises majestically on its hill. At the latest at this sight it is clear why the builder of the castle, Ludwig II, is called the "fairy tale king". The wonderful castle is one of our top 10 sights of Germany.

With the construction of Neuschwanstein Castle, the Bavarian King Ludwig II wanted to realize his ideal ideas of a castle from the Middle Ages and withdraw from the public here - as shy of people as he was. The designs for the castle were provided by the Munich theater painter Christian Jank, and it was finally built from September 5, 1869 by the architect Eduard Riedel.

This delay and the unfortunate circumstance of the early death of Emperor Ludwig II at the age of only 41 on June 13, 1886 meant that the fairy-tale king did not live to see the final completion of his palace. He lived in it for 172 days until his death, but it was still a huge construction site. Six weeks after his death, Neuschwanstein was opened to the public and is now owned by the Free State of Bavaria.

The castle's appearance, reminiscent of a medieval knight's castle, was only a facade. Behind it was an impressive level of luxury for the time, with telephone connections, central heating, toilets with automatic flushes, running water on all floors and even hot water in the kitchen, an electric call system to summon the servants, and a dumbwaiter to the upper floors.

Every year, up to 1.3 million visitors come to see the ornate fairytale castle. Of course, this crowd leaves its mark on the furniture and textiles, as it was originally intended for only one inhabitant.

Nevertheless, the sumptuously furnished halls still hint at the former seat of rulers. The view from the windows and embrasures of the rolling hills of the surrounding countryside completes the beauty and dignity of this picturesque building.

Neuschwanstein Castle can only be visited as part of an approx. 35-minute guided tour, photography is not permitted. There are also 1-hour special tours.

Tickets for guided tours can be purchased online or at the ticket center in the village of Hohenschwangau. There are also four paid parking spaces available in Hohenschwangau.

Visitor information and tickets for guided tours of Neuschwanstein Castle

Accommodation and hotels in Germany (booking.com):

Interesting articles for the vacation in Germany: 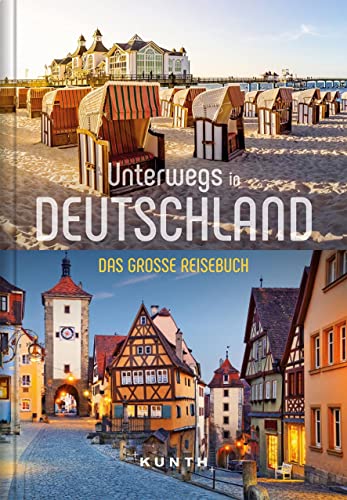