The Great Mosque of Kairouan is the city's landmark. Its massive walls house the oldest minaret in the world, a massive prayer hall and an impressive forest of columns.

The Great Mosque of Kairouan is the fourth most important pilgrimage destination in the Islamic world after Mecca, Medina and Jerusalem. Visiting the Djamaa Sidi Oqba seven times is equivalent to visiting the al-Haram Mosque in Mecca.

Construction of the Great Mosque of Kairouan

The Djamaa Sidi Oqba was built in 670 by the Muslim conqueror 'Uqba ibn Nãfi', who also founded the city of Kairouan. At that time, the Great Mosque was located next to the military camp of his army. In the course of the conquest of Carthage by the Arabs, the mosque was destroyed and rebuilt by the Aghlabids at the beginning of the 8th century.

The oldest components of the Djamaa Sidi Oqba, which have been preserved to this day, date back to this time. They include, for example, the "Mihrab", the prayer niche, and the "Minbar", the pulpit of the mosque carved from precious teak wood. The latter is probably the oldest minbar in the world preserved today, because in 774 the mosque was destroyed again, only the mihrab and the minaret remained. Reconstruction took place under Yazīd ibn Ḥātim.

Mystical: Between the mihrab and the minbar is a pair of columns that stand particularly close together. According to legend, anyone who squeezes through this gap can enter directly into paradise.

In the following centuries, the Great Mosque of Kairouan was rebuilt, expanded and ornately decorated on a grand scale by the respective rulers. Extensive renovations were carried out at the end of the 13th century, as well as in the period from the 17th to the 19th century, but the structural core of the Djamaa Sibi Oqba is still preserved in its original form to this day.

Today, the Djamaa Sidi Oqba is built of reddish to ocher colored bricks, covers an area of 9,000m² and has a circumference of 415 meters. 6 domes crown its roof, of which the Mihrab dome, the one above the prayer niche, is the most richly decorated.

Gigantic courtyard of the Great Mosque of Kairouan

The huge courtyard of the mosque, with earth-colored, almost unadorned walls and straight lines, invites to rest and contemplation. It is surrounded by arcades with a veritable forest of 414 columns, which also incorporate Corinthian, Ionic, Roman and Byzantine elements into the Arabic architecture. With its area of 95 by up to 67 meters, the courtyard of the Djamaa Sidi Oqba can accommodate 200,000 worshippers.

In the past it was covered with ceramic tiles. The current marble tiles were laid only in the 19th century, but the fine lattice in the center of the courtyard, which filters the rainwater before it is directed into the cisterns under de mosque, can still be seen today.

The sundial in the courtyard shows the hours for prayers.

Imposing minaret of the Great Mosque of Kairouan

Also from the 8th century is the massive minaret of the Great Mosque of Kairouan. It is thus considered the oldest minaret in the world.

In contrast to the slender form of many other minarets, that of the Djamaa Sidi Oqba almost looks like a defense tower with embrasures. It rises 35 meters into the sky opposite the prayer hall and can be climbed up 129 steps.

Two of the many beautifully decorated gates lead from the courtyard into the monumental prayer hall of the Great Mosque of Kairouan. The most magnificent is that to the southeast, the Lalla Rihana Gate, dating from 1294.

The prayer hall of the mosque consists of a total of 17 longitudinal naves, all separated by marble rows of a total of 420 columns in a separate hierarchy.

The prayer niche, the mihrab, is the centerpiece of the prayer hall. It actually deviates by 31 degrees from the actual direction of prayer to Mecca. However, due to the precious marble covering with the ornate calligraphic inscriptions and the valuable red porphyry front arch from the 8th century, the prayer niche was not relocated.

The elaborate cedar wood carvings that adorn the side walls of the Djamaa Sidi Oqba date back to the 9th century, and the prayer engravings and Koranic quotations on the columns at the gates and in the prayer hall are also several hundred years old.

Library of the Djamaa Sidi Oqba

Right next to the mihrab, a separate room was found in the Djamaa Sidi Oqba, where masses of precious manuscripts were kept. It was not until the end of the 19th century that researchers began detailed cataloging and came across priceless treasures on parchment, including the world's oldest legal literature of the Malikites in the 9th century and ancient fragments from the so-called "Blue Koran", written on cobalt blue parchment still in the archaic Kufi script of gold.

The literary treasures from the Great Mosque are now restored and preserved in the former summer residence of President Habib Bourguiba in Raqqada, 12 km away, which also has a small museum attached. Some manuscripts also passed into private collections.

Visit the Great Mosque of Kairouan

Tourists are allowed to visit the Djamaa Sidi Oqba without shoes and covered with a large white cloth, but they are not allowed to enter the prayer hall itself. This is reserved for Muslims, who take a prayer mat and say their prayers in complete silence. A visit to this breathtaking building is nevertheless an absolute must for every traveler to Tunisia. Tickets can be purchased directly at the mosque.

Accommodation and hotels in Tunisia (booking.com):

Interesting articles for vacation in Tunisia: 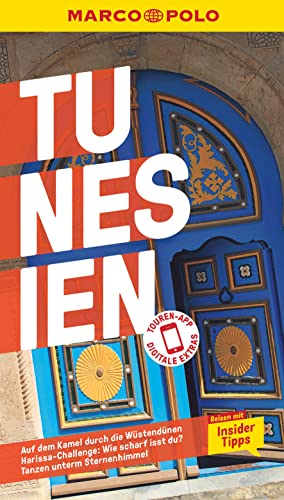